About seven hours ago, the X-Crafts ERJ 145 was announced as a new project of the development team for the X-Plane 11. They will realize the complete ERJ family. The add-on will therefore include the ERJ 135, ERJ 140, ERJ 145 and the ERJ 145XR. This means that the development team will remain loyal to the thoroughly successful Brazilian aircraft manufacturer Embraer. Up to now they were known for the replica of EMB 175 and EMB 195 for X-Plane. The official announcement of the ERJ 145 family can be found here at the X-Plane.org Forums. 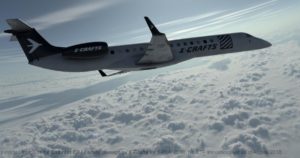 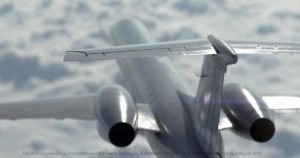 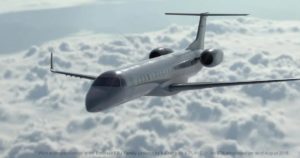 The Embraer ERJ family is based on the EMB-120 Brasilia, which was the successor of the first propeller-driven regional aircraft, the EMB-110. For this purpose, the hull was stretched and the turboprop engines were exchanged for jet engines. Also the engines moved from the wings back to the tail. The ERJ 145 was the first aircraft in the family and at the same time the largest, capable of carrying a maximum of 50 passengers.